Perhaps you have been on birth control for a while because you have not been ready to conceive since the timing to bring a child up was not ideal. Maybe you wanted to make sure your finances were in good order before attempting to conceive. Or perhaps, maybe you wanted to enjoy the time with your partner to travel or go when and where you please without having interruptions or restrictions. Maybe you were not in the mindset to bring a child into this world at that time. Claim Your 20 Free Pregnancy Tests – Click Here

Whatever the reasons you were on birth control, you did the responsible thing since having a baby was not the best thing to do in the past. But now, you are ready to start expanding your family and you want to get off of birth control.

You are probably wondering how long it will take you to conceive.

The general answer to this question is, it depends! It depends on the kind of birth control you were using. Let’s take a look and find out how long it will take to conceive after a variety of methods of birth control:

If you have been using the diaphragm or the non-hormonal copper IUD as birth control, right after removal of the IUD and as long as you stop using the diaphragm, pregnancy can happen pretty much right away. There are no additional hormones being added to your body like some of the other methods of birth control and you will not need any time to adjust to having a normal cycle as a result.

Therefore, if you are ready to start trying to conceive while you have been using either of these methods of birth control, you can stop using them and you could technically get pregnant anytime after the fact.

Because most oral contraceptives contain both estrogen and progestin to not only stop ovulation from happening but to thicken the cervical mucus so much to the point that it is a hostile environment for sperm. Therefore, they cannot survive, it is unknown exactly when pregnancy will happen after a woman stops taking the pill. In some cases, pregnancy can happen even during the same cycle when the pill was no longer being used.

That said, as soon as a woman stops taking the mini pill, she can be fertile right away. Therefore, it is possible for pregnancy to happen literally 24 hours after the last pill is taken. This is why it is so important for women who are taking the mini pill to take it at the exact same time each day in order for it to do its job properly!

Because Mirena is a hormonal IUD, it can take some time for your cycles to get back to normal after it is removed. Pregnancy can occur from 3-6 months after the removal, and in some cases sooner than that, and in other cases, much later than that.

Depo-Provera, also known as the Depo shot is a potent birth control method which involves a woman receiving an injection every 3 months. Once the shot is no longer taken, it will take the body quite a long time after the fact to regulate itself. Therefore, pregnancy can happen as soon as 3 months after the last Depo shot, that is if you have not been on the shot for very long and it can also happen as late as 18 months after the fact. That usually applies to those who have been on the shot for a long time.

If you have not been using any birth control or have been using the diaphragm or a non-hormonal copper IUD in conjunction with your partner using a condom- as soon as both are no longer used, pregnancy can happen at any time. 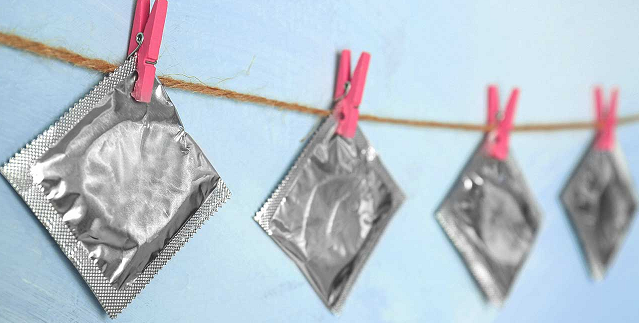 Now that you have a clearer answer about when you will most likely conceive after ceasing birth control, you see that depending on the method it can vary.

In the meantime, while you are getting off of birth control, regardless of which one it is, if you are planning to get pregnant, there are things that you must do- which you may already know about!

When you are ready to get off of birth control, don’t just do it without talking to your doctor first. That also means if you plan to not continue with the Depo shot, don’t just fail to show up for your next presumed shot. You must see your doctor about ceasing any birth control.

That also means before you start trying to a baby at all, you need to see your doctor so you have a complete evaluation done in order for you to be given the green-light to start trying.

That also means if you need to lose or gain weight, listen to the doctor, and go see a nutritionist or dietician to help you out with it so you can lose or gain weight in a healthy way, eating healthy foods- foods that are part of the fertility diet which will be discussed in a moment. However, you want to reach a BMI of no less than 18, and really no more than 25, but you can still conceive up to 30 BMI but you will have to be extremely careful not to gain much weight during the pregnancy. 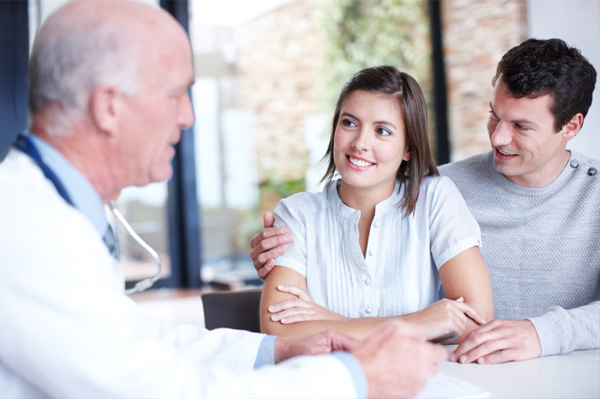 If you conceive while you have a BMI of 26 to 30, you are at a higher risk for developing certain pregnancy complications like gestational diabetes or pre-eclampsia. You will need to be extra careful if you are in that situation.

After seeing your doctor because you have stopped taking birth control, you will need to ditch all of the junk food (or keep them but only limit yourself to having a little say on a weekend here and there and that is it).

The reason you want to limit junk food like fast food, white bread, white pasta, white rice, candy, pastries, cake, potato chips, cheese curls and so on is that these foods are high in empty calories, trans fats and refined carbohydrates and sugar. That means after consuming these foods, your insulin levels spike because your blood sugar does, and after you crash, your insulin levels stay up which will inhibit your chances of ovulating properly.

However, if you want to treat yourself to having a little candy, or a piece of chocolate cake or a few cookies once a week, then there is no harm in that. Your insulin levels will not stay up for such a long time that it will have an effect on your cycle. This only applies if your diet is high in junk food!

This is even more important if you have been on hormone-releasing birth control methods because you want your cycles to get back to normal as soon as possible in order to conceive. Either way, limit the junk! 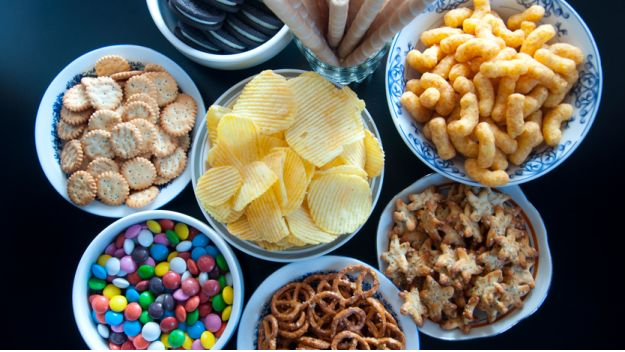 Therefore, if you want a pasta dish, don’t use white pasta. Swap it with whole grain pasta and there you go.

You will want to eat plenty of fruits, vegetables, protein from poultry, fish- especially sardines and salmon (but don’t eat tuna or shark meat as they are high in mercury levels which can harm a developing fetus), eggs, nuts, legumes, and seeds. They are rich in all of the vitamins and minerals that you need to help support your fertility.

Limit your caffeine intake as well to having only 1 cup of coffee a day because large amounts of caffeine may impede ovulation as well, and it is not good for the developing baby.

Take folic acid supplements as well, because that is important for the unborn baby’s development and reduces the risks of neural tube defects.

Get moderate exercise like taking a half hour walk for 5 days a week. Don’t do less and don’t do more than that. 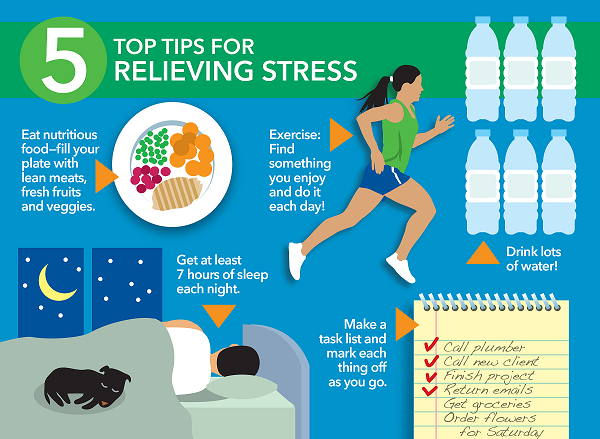 Manage your stress levels, because allowing yourself to be too stressed will hurt your chances of having a normal cycle. Take up yoga or meditation.

These are all of the things to do in order to help conception happen after going off of birth control. Now, you will also want to start charting your cycles.

Basal Body Temperature – One way to chart is by taking your body basal temperature each morning before you wake up and move around and mark the temperature down on a graph. There will be a small spike of a half of a degree in Fahrenheit after ovulation, and it is important that you do this for months before trying to conceive.

This way, you will also see when you are ovulating again after going off of birth control.

Cervical Mucus Consistency – At the same time, you should also check your cervical mucus consistency because that will give you an idea of when you are ovulating.

After you finish a period, you will have scant and dry mucus, and as your cycle progresses, your cervical mucus will become sticky and cloudy. But a day or 2 before you ovulate, you will end up with an abundance of cervical mucus that is like raw egg-whites.

After you have ovulated, the cervical mucus becomes cloudy and sticky again.

Ovulation Predictor Kits – Once you see a pattern of your cycles return, then you can most definitely start trying to conceive. When you are good and ready, you will also want to purchase ovulation predictor kits because this will be confirmation of when you are ready to ovulate since you already know your cycles well.

These kits measure the amount of luteinizing hormone in your urine, and if there is a surge, then you are ready to ovulate and you want to make sure you have intercourse before ovulation. That is because the sperm stays in your reproductive system for days, and you want the sperm to be there before the egg releases.

If you have intercourse after ovulation, the chance of pregnancy happening is lower because the egg only stays good for 12-24 hours after it is released. This is why it is important to do it beforehand.

Now that you have a general idea of what to expect after getting off of the kind of birth control you have been using in order to conceive, go and make it happen by doing the right things to prepare yourself for the big event! Chances are if you are doing everything properly, a conception will happen sooner rather than later and most of all- good luck!