When it comes to trying to conceive, its no surprise that the most important part of the entire process is ovulation. Ovulation is the time of the month when the egg is released from the body and travels down the fallopian tubes to wait for the possibility of being fertilized by the sperm. Ovulation occurs only once per month (in most women), and usually only one egg is released per month. However, sometimes, more than one egg per month is released. If more than one egg is released in a given month, and those eggs are fertilized, this is how twins come about! Claim Your 20 Free Pregnancy Tests – Click Here

Time Is of the Essence

The thing about ovulation is that it doesn’t last forever. Every woman is born with a certain set number of eggs. The number of eggs that a woman has dwindles away every single month, and the numbers of remaining eggs continue to drop.

The real problem is when women begin to get older. Once a woman begins to reach age 35 or 40, the number of eggs that she has remaining is usually becoming very low.

Also, all of the best quality eggs are usually used up, and what remains are eggs of a lesser quality. If a woman does happen to get pregnant when she has a very low number of eggs remaining, she will have a greater chance of miscarriage.

Women who conceive when they don’t have many eggs remaining also have a higher chance of pregnancy related complications and also a greater chance of having a baby with a birth defect or other health problem. Once a woman’s eggs are almost gone, it can be almost impossible to get pregnant on her own.

When Does Ovulation Occur?

When ovulation occurs is a very hard question to answer, since every woman’s body is different. To get a good idea of how a woman’s ovulation cycle works, we need to start at the very beginning.

The first day of a woman’s period is considered her cycle day #1. This is when everything gets going for the month. Most women have cycles of anywhere between 28 and 32 days, but every woman’s body is different, and some women have much shorter or much longer cycles.

Starting with the first day of a woman’s period as Day One, most women ovulate between days 11 and 21 of their cycle, with the average being around day 14.

Of course, every woman’s body is different, so this is why it is always so very important to track ovulation and know when your fertile days are.

The importance of tracking ovulation is to know when a woman’s fertile days are to help give her a better chance of getting pregnant. Many people do not know this, but there are only a few short days during any given month that a woman can actually become pregnant. This is because once the egg is released, it only lives for about 24 hours in the body and then it begins to disintegrate and die.

This is technically the only time that a woman is fertile, is this 24 period before the egg dies.

However, the good news is that a man’s sperm can actually live for up to 72 hours in the body. This means, if a couple can plan sex and track ovulation correctly, the sperm can actually be waiting for the egg to be released, which can dramatically increase the chances of conception. This is a great “trick” for couples who are trying to conceive and can really help to improve the odds of getting pregnant in a given month.

The best part about learning to track your ovulation is that you can use multiple ways of tracking ovulation to ensure the best possible chance of getting pregnant. By using say, basal body temperature charting, along with a fertility tracking app, paying attention to cervical mucus, and taking an ovulation predictor test, there is a great chance that you will be able to pinpoint your ovulation day and find out when you are most fertile. Read on for the inside scoop on all the different ways to track your ovulation.

We all have smartphones these days, and the tools that our smartphones provide us with are pretty amazing. In fact, many women do not know that their smartphones can actually help them to track their fertility. 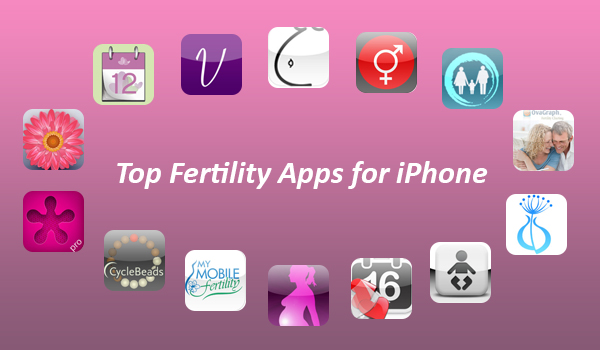 That’s right, there are tons of different fertility tracking apps out there that can help women to know when they should be expecting ovulation day.

For example, the apps ask things like the date of a woman’s last menstrual period, when she has sex, if she took an ovulation test, etc. Not putting in these different things will hurt the success rate of these fertility apps. Also, some women have cycles that are way off and not even close to the “average.” These women will potentially have a problem using apps like these that only want to go by the average date of ovulation. However, using fertility tracking apps along with other means of fertility tracking can be really great.

To track basal body temperature, women should purchase a basal thermometer, which reads temperature in very detailed degrees. Then, each morning, a woman should take her temperature at the same time every day, before even getting out of bed. That temperature reading should be charted, each and every day. Soon, women will start to notice a pattern. 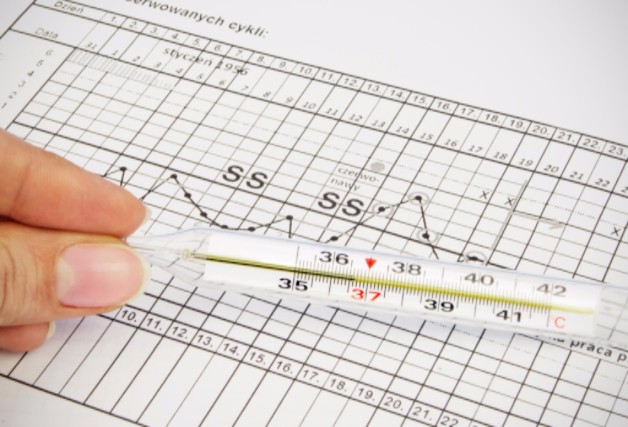 This is because when ovulation time gets near, women will notice a small temperature spike.

By charting their temperature every single day for a few months, women will be able to notice when the temperature spike should be coming around, and in turn, can have a great idea as to when their ovulation time is going to happen.

This one is a free way to track fertility, and who doesn’t love free? It goes by paying attention to the cervical mucus, which is the cervical fluid that is released by the body.

When it comes to ovulation, however, women need to be looking for “egg white” cervical mucus.

That is, mucus that is clear, stringy, stretchy, and odorless, much like the consistency of egg whites. This cervical mucus means that ovulation is usually a day or two away, and couples should begin thinking about trying to conceive.

Another good way to track ovulation for free is by noting the cervical position. This takes some getting used to, as women will need to use one or two clean fingers to feel their cervix and note the position of the cervix and what exactly it feels like. When it is not near ovulation time, the cervix will feel low in the body, closed, dry and firm. It will actually feel much like touching the tip of your nose. If this is what you feel, it is probably not nearing ovulation time for you. 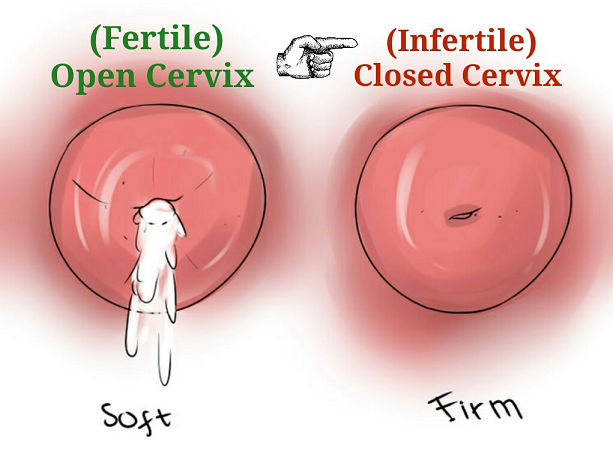 However, if you think that your cervix feels high, open, moist, soft and wet, much like touching your lips, it could mean that your fertile days are coming up soon.

Checking your cervical position can definitely take some getting used to and can be a little strange at first, but it is definitely a good way to know when ovulation is probably coming about.

Ovulation prediction tests, sometimes known as ovulation predictor kits, are a very simple and also a very reliable way to track fertility for women who are trying to conceive. These tests resemble at home pregnancy tests and are very inexpensive. They can be purchased online or at any local drugstore or big box store.

These tests work by looking for the LH (luteinizing hormone) surge in a woman’s body. The LH surge occurs just about 24 hours or so before ovulation and is a good indication that a woman’s fertile time is coming.

What a woman is looking for with these tests is for the test line to be as dark or darker than that control line. 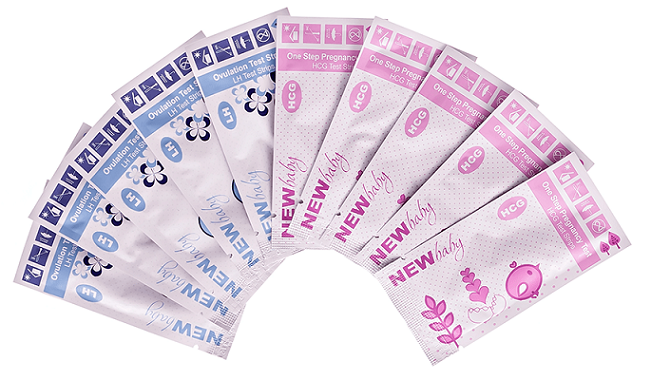 Ovulation predictor kit tests are a really great thing for women who are just starting out with fertility tracking, as they are easy to use and come with great instructions. It is important to remember to follow the instructions closely though, so that the tests will work properly.

Also, it is important that women remember to take an ovulation test every single day, or sometimes even multiple times per day if they think that they are getting close to ovulation.

This is because sometimes the LH surge can occur very quickly, and this can cause women to miss out on the LH surge altogether, thereby missing out on her fertile days. So, using ovulation predictor kits can be incredibly helpful, as long as women know how to use them and make sure to use them properly.

In conclusion, it is very important to remember that ovulation is the most important time of a woman’s cycle. It is the only time during a given month that a woman can get pregnant, and it is imperative that women are able to pinpoint their ovulation days in order to improve their chances of conceiving. Otherwise, getting pregnant is just a crap shoot. By taking the methods listed above into consideration, couples can really go a long way towards improving their chances of getting pregnant and will be much more successful in their TTC journey. Definitely keep these things in mind if you are trying to conceive and are working towards tracking your ovulation.